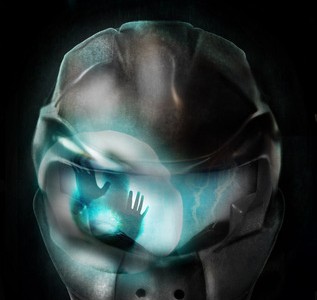 Human beings have worked for centuries to build societies rich with culture, technology, and infrastructure. And as much as we strive for these ideals, we’re fascinated by the idea of watching it all blow up in our faces. I admit I’m a sucker for a good apocalypse novel and came across Orbs: A Science Fiction Thriller by Nicholas Sansbury Smith. In the book, Smith explores a cataclysmic solar storm coupled with a violent alien invasion. To make matters worse, the aliens are harvesting Earth’s water, leaving little for the meager number of surviving humans to subsist on. This best-selling story of Dr. Sophie Winston and her team’s struggles to save humanity continues in Orbs II: Stranded. Even more exciting than the apocalypse, Smith hails from my alma mater, the University of Iowa, where he took part in the hot-bed of literary culture that has spawned the career of many fantastic authors. I couldn’t wait to pick his brain on Iowa, aliens, and the apocalypse. Check out the interview below!

As a fellow Hawkeye, I know you spent some time involved with the creative writing programs at the University of Iowa. How did these experiences shape your writing?
I think they built a foundation for my writing. Several of the stories I wrote in college were probably more imaginative than the ones I am writing now. Why? I think that it had to do with the environment. Iowa City is an inspiring town and when you are in a learning 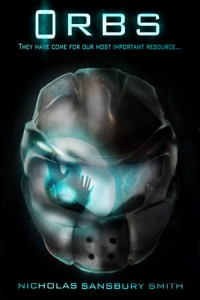 environment with other creative people I believe your writing is bound to be good.

What was your background before embarking on your writing career? Has any of that played into your stories?

I was a state worker in Iowa for almost ten years. I worked at several different agencies, the Governor’s Formal Office under Secretary of Agriculture Tom Vilsack, The Department of Administrative Services and Iowa Homeland Security & Emergency Management. All of these places shaped plot points in The Biomass Revolution. The tunnels and the architecture in the story were all inspired by our beautiful state capital and the tunnels buried beneath the complex.

Both Biomass Revolution (another of Smith’s books that can be found here) and Orbs are set in relatively near-future, post-apocalyptic settings. What drew you to these type of settings?
I’m fascinated with the idea of the apocalypse. I’m not exactly sure why though. Maybe it’s the idea of losing everything we take for granted today. Our families, friends, Internet, cell phones, shelter, food, etc. The list goes on and on. The Road by Cormac McCarthy really sparked my interest in the idea of the world ending and I’ve been a connoisseur of post-apocalyptic literature ever since.

I understand you’re an avid triathlete. When and how did you get started competing in triathlons? What, if any relationship, does endurance training have with your writing? 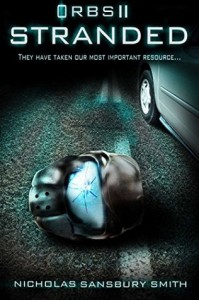 I started completing in triathlons to push myself. I’ve always been an athlete but triathlon takes this to an entire new level. I started a couple years ago and while the sport has taken a back seat to my writing this year I plan on completing another half and full Ironman in the next couple of years. The endurance training has inspired much of my work and I think I’m more creative when I’m out on a long bike, run or swim. Ideas just seem to flow naturally inside my head and sometimes I’m forced to stop and text/email myself thoughts.

Orbs II: Stranded has just been released and I anticipate it being just as exciting and suspenseful as the first one. Sophie and her team of scientists and marines make for a dynamic bunch of characters. I’m personally excited to see how Sophie and her team plan on surviving the alien invasion. While I’m sure most of the story will be kept under wraps, can you give a hint as to what kind of scientific research and phenomena has made it’s way into Orbs II?

There are some new surprises for readers in Orbs II and Orbs III. I outlined a process in the books that Sophie and her team will follow in order to discover exactly how the alien technology works. After that they begin building their own weapons that can defeat the aliens. Working with an NTC submarine the biosphere team now has a fighting chance to stop the invasion before it’s too late.

If you had to pick an apocalypse scenario – alien invasion, nuclear war, zombies, etc. – which do you think you’d be best equipped to handle? I’m thinking your training as a triathlete would give you a much needed cardio advantage against zombies, but maybe you’ve got something else in mind… 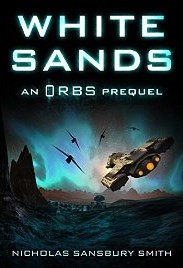 Oh man, good question. I would say if an alien invasion or nuclear war happened it wouldn’t really matter. I think that’s it, time’s up for the human race. But Zombies? I think I could outrun them for a while. In the end though, let’s just hope none of these situations happen. I like writing about them, but the idea of these events actually happening scares the crap out of me!

Thanks for the interview and best of luck with the new releases!

To learn more about Nicholas Sansbury Smith’s books, check out his website: nicholassansbury.com

Likewise, the newest addition to the Orbs series is Orbs II: Stranded: A Science Fiction Thriller. If you’ve read both books and need more, you can also read his newly released prequel to the Orbs series, White Sands: An Orbs Prequel.