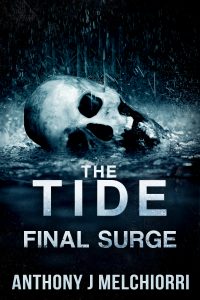 Humanity is on the edge of defeat.

Soon no one will be free from the nightmarish effects of the virulent bioengineered Oni Agent. The fanatical organization responsible has pushed mankind to the brink of extinction and is on the verge of victory. In one final surge, they prepare to sweep the globe from ground zero in Siberia.

Only one man and his team of operatives stand in their way. Captain Dominic Holland and former intelligence officer Meredith Webb launch a final mission to prevent a total world collapse, but the costs will be enormous if they are to save humanity from the Oni Agent.