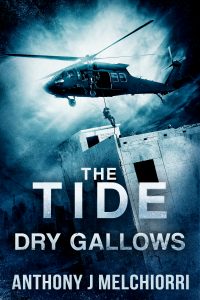 Humanity faces extinction. A few stubborn governments fight back, caught on the defensive. But even their concerted efforts may not be enough to stem the tide of the biological weapon sweeping the world. As people succumb to this genetically engineered weapon, they devolve into weaponized monstrosities hell-bent on destruction.

But humanity hasn’t breathed its last breath yet. Those that are determined to vanquish these abominable creatures and the fanatical organization behind them still fight.

Captain Dominic Holland, Meredith Webb, and their fellow covert operatives return on a mission to destabilize the terrifying organization trying to bring humanity to its knees. Instead of chasing their enemy, this time, they are going on the offensive—straight into the heart of enemy territory.